During the class of Environmental Management (EM) we are studying tropical cyclones, specifically working with hurricanes. So our teacher, based on the information previously discussed, told us to produce a summary about hurricanes.

“Climatic hazards can be seen as agents of disaster according to the effects they may produce in human settlements, as well as to the environment” (www.link.springer.com). Some of them are floods and droughts, in addition to tropical storms. Another name that is given to tropical storms is tropical cyclones, which are short storms that last no longer than 48 hours. Nevertheless, these storms are usually very strong and come up with lot of destruction. As Tropical Cyclone is a general term; there are three different names given to refer to them: Typhoons, Cyclones and Hurricanes. These names varies depending on the place where they are formed. On one hand, Typhoons are in p western part of the North Pacific Ocean. On the other hand, Cyclones are in the North of the Indian Ocean between 100º east longitude and 45 east latitude. And finally, Hurricanes form in the North Atlantic Ocean, Caribbean Sea, Gulf of Mexico and eastern or central North Pacific Ocean.
We are going to focus on hurricanes. This word (“hurricane”) comes from the Carib Indian God of Evil, called “Hurican”. Their God Hurican was derived from the Mayan God of Wind, Storm and Fire, “Huracan”. Anyhow, in order not to give the same name (hurricane) to every tropical cyclone that occurs in the North Pacific Ocean and the Caribbean Sea, there is a World Meteorological Organization which develops a list of names that are assigned in alphabetical order to tropical storms as they are discovered in each hurricane season. Names can be repeated after an interval of six years, but the names of especially severe storms are permanently retired from use.
These kind of storm usually occurs in areas which are located within the tropics, in most of the cases near the equator, areas of very hot weather. Moreover, they normally happen towards the end of summer and the beginning of autumn. In addition, they are generally formed above the ocean, where water remains at least at 27ºC. They are form when a mass of warm air rises as this previous water is evaporated, causing an area of lower air pressure below. Air from surrounding areas pushes into the low pressure area and then becomes warm and rises too. All this air starts making a swirling movement, and when there is no more air and moisture can’t be held, it starts raining. The calm part of the hurricane is the center (also known as the eye of the storm) and stays “Inside” of it. Turbulences occur in the surroundings of the center, as it is where contact between cold and warm air masses occur. Despite that, the center also moves, so in the middle of the storm it might turn sunny, but as the eye moves, it probably won't last long until the strong storm starts again. The facts that are analyzed and the way hurricanes’ formation is predicted are by the sea movements, measuring the speed of the winds and by satellite images.
Hurricanes can reach 150 kilometers per hour (or even more), so its intensity is measured using the Saffir-Simpson Scale, which goes from Category 1 as the lowest, to Category 5 as the strongest (most destructive). Furthermore, another important fact, is that hurricanes’ intensity decreases (they lose energy) when reaching land. To conclude, the effects that these strong storms cause are divided into3 types: immediate, short-term and long-term. The ones that occur as soon as the hurricane passes through are called immediate effects (as an example the destruction of an entire building). Short-term effects happen in the following days after the natural disaster occured (a flood is an example). And finally, long-term effects are those things that, even though they had been caused by the storm, they appear weeks (or more time) after it (for example the lack of services of water or electricity, in addition to diseases and the money that governments have to invest in order to pay for reparations). 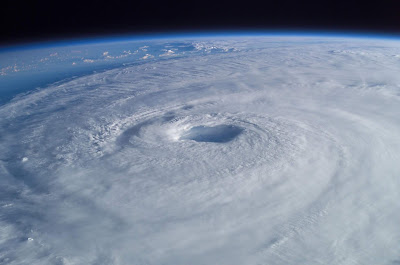